The A10 magazine Issue 66 features a special report from the opening of the first Chicago Architecture Biennial focused on the work of European architects.

What is being celebrated as the first and foremost architecture biennial of North America is, in fact, an experiment. As such, it contains all the negative and positive aspects of a course of action tentatively adopted without being sure of the outcome. It could turn out to be enormously innovative, or just another pointless architectural event. This also because of the chosen theme, ‘The State of the Art of Architecture’ – an ambitious challenge that is easy to overlook, especially when the declared aim is ‘to provide a platform for groundbreaking architectural projects and spatial experiments that demonstrate how creativity and innovation can radically transform our lived experience’.

Among the participants are over 100 architects and artists carefully chosen by artistic directors Joseph Grima and Sarah Herda from outside the ‘starchitect’ system (if we ignore Bjarke Ingels), who together represent more than 30 countries. Site-specific installations, videos, images, and mock-ups can be seen mostly at the Chicago Cultural Center, as well as at other sites across the city, including Millennium Park, from 3 October 2015 to 3 January 2016. These encompass a multitude of visions that, despite the enthusiasm and remarkable efforts, produced a confused, imprecise, cluttered, and often unintelligible and uncommunicative exhibition.

Despite this, there are several European firms who have made a difference. The following selection highlights five representatives – firms either based in Europe or themselves European – who, in both their clever vision and realization, offer the most relevant contributions to the Chicago Architecture Biennial. 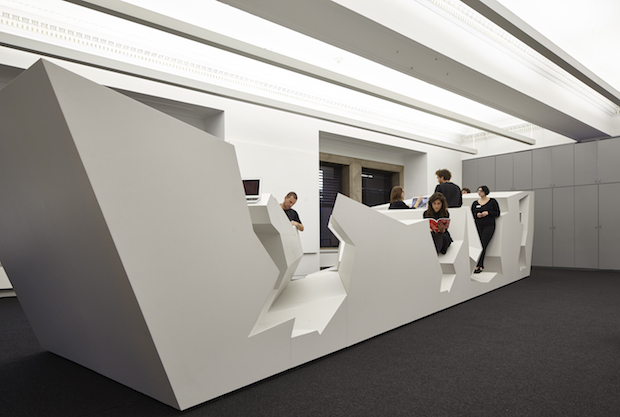 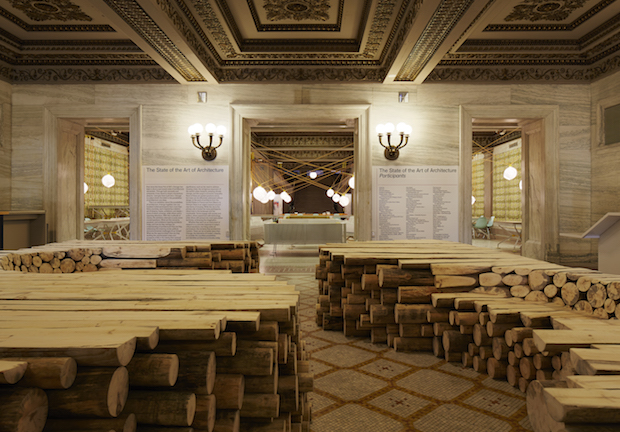 View all posts by zairamagliozzi